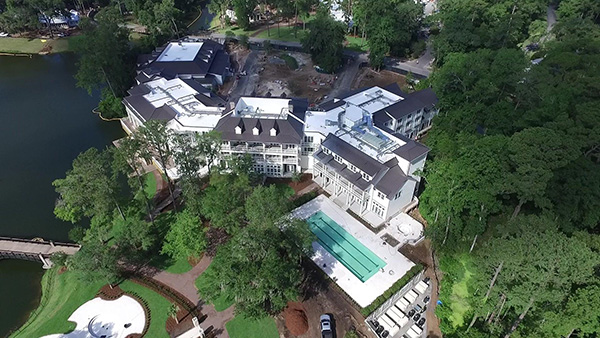 An as-built survey is the first critical component of the process when looking to make improvements to a property. It's important to know what exists on the property and its dimensions in order to determine how the property can be further developed. Our staff has worked with architects, land planners, and engineers for decades providing as-built surveys.  We know how important it is to make sure the initial survey is accurate so the future improvements have the correct starting data.  If the as-built survey that the conceptual design is based on is incorrect, the plans in the field will not work.  When this happens, changes need to be redesigned, delays occur, change orders are submitted, and the client is the one who ultimately suffers. We have experienced this enough that we instruct our survey crews to do quick initial as-built surveys of critical components before any construction staking is done.  This makes sure the as-built survey the design was created from is correct.

At the end of a construction project, an as-built survey is often required by the permitting entities to show that the final construction of the site has been built to the approved architectural or civil specifications. These are items that should be considered when reviewing proposals or projecting budgets.

Contact Atlas Surveying today to get started on the as-built survey for your residential or commercial property.