The Savannah District, US Army Corps of Engineers awarded CDM Smith, Inc. the contract to build the dissolved oxygen injection system as part of the Savannah Harbor Expansion Project (SHEP). Atlas Surveying was selected by CDM Smith to provide the surveying for both the upriver and downriver facilities.

Atlas will be staking the limits of disturbance, measuring topography, providing bathymetric surveys and  laying out the roads for the development.  As the project moves forward, Atlas will create the final as-built surveys for the sites and roadways.

The dissolved oxygen injection system involves installing, operating and maintaining of 12 Speece Cones. These cones inject oxygen into the river to maintain the necessary dissolved oxygen (DO) levels during hot, dry months, when oxygen levels typically drop. Studies show that the planned injection system will sustain oxygen levels in the estuary during and after the deepening of the Harbor.

The harbor deepening will allow larger container ships to come to the Savannah port with less tidal restraints than they may currently experience.  The Savannah Harbor Expansion Project (SHEP) will allow our local ports to continue their success as two of the nation’s busiest commercial ports of entry while lowering costs and accommodating the world’s largest container vessels.

Contact Atlas Surveying to see how we can help you with your surveying needs. Call us today at 843.645.9277 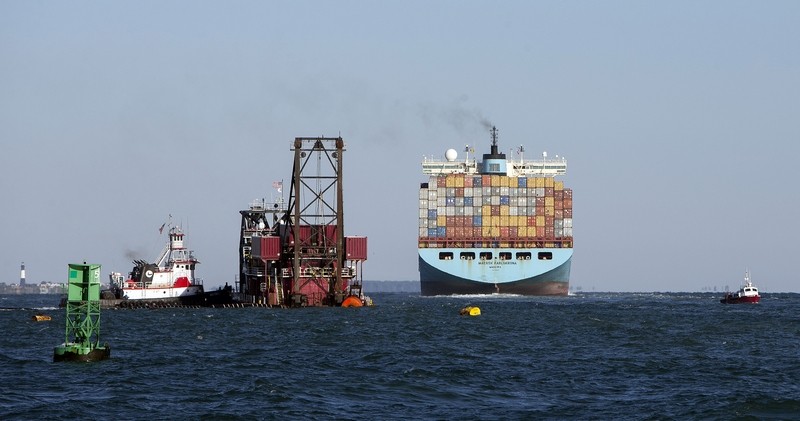