Sports Turf Company Inc., who operates out of Whitesburg, Ga, rebuilt both The South Effingham High School Mustangs and the Effingham County High School Rebels running tracks this year. The projects were funded with SPLOST (Special Purpose Local Option Sales Tax) monies voted on during the 2016 election. The Mustangs’ track circles the football field. The Rebels’ track is behind its football stadium. The old Effingham tracks were asphalt surfaces. The harder surfaces sometimes led to injuries. The new tracks are much more user friendly. With the new tracks it also allows South Effingham and Effingham County to host track events. “It’s exciting. It’s exciting for our kids, our community and our school,” said Mustangs athletic director Jeff Faith, who was a long-distance runner in college at the University of Kansas and later at  Morehead State. “I think it’s special to have a track to call ours,” he said. “This track isn’t just for us, but for the athletes and teams in years to come.” 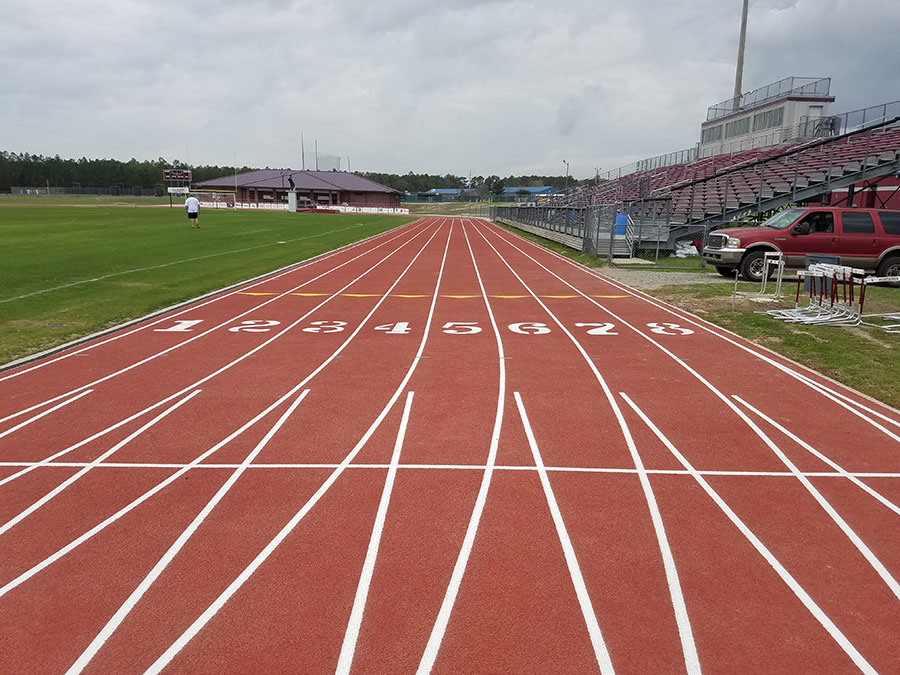 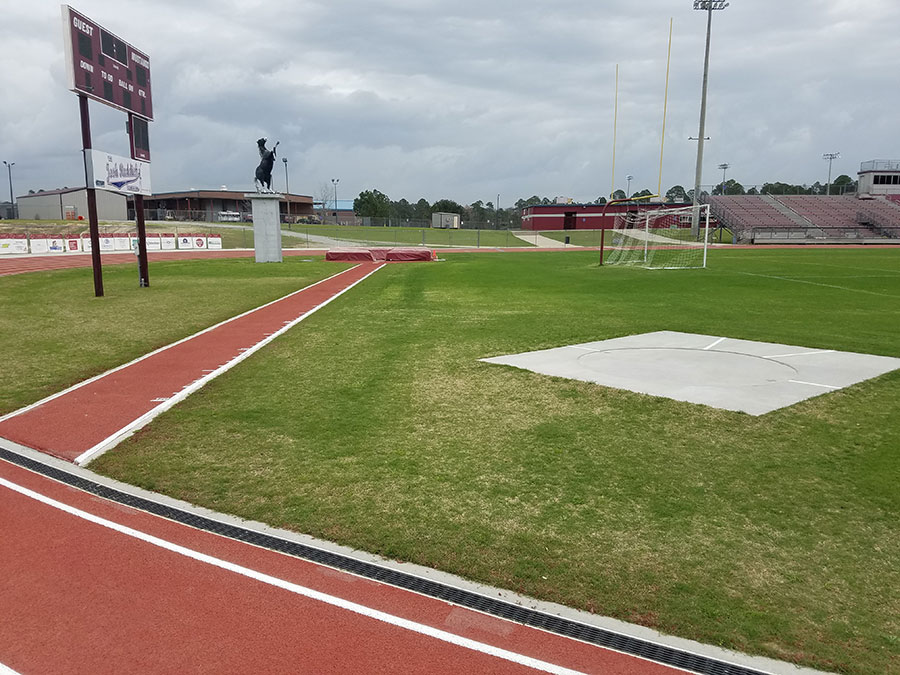 Sports Turf Company, Inc. hired Atlas Surveying to complete an as-built survey including a Track & Field Certification stating that the facilities meets the requirements of the National Federation of State High School Associations. That means certifying that all lane widths, inclines and distances are constructed within exact tolerances. For example the 4x400 relay must be between 1600.000 and 1600.160 meters from staggered staring line.