The South Carolina Ports Authority is constructing the new Hugh K. Leatherman, Sr. Terminal on the Cooper River, in North Charleston, SC. The agency has worked diligently to avoid, minimize and mitigate impacts associated with the construction of this terminal through the permitting process. A major element of the mitigation process is the creation of over 22 acres of new intertidal wetland habitat on a former dredged material containment area (DMCA) located on the southern end of Drum Island in Charleston Harbor. This collaborative project included ecological planning, environmental research/permitting, soil & contaminant testing and coastal & marine engineering to plan and design a sustainable habitat that would withstand the weather and tidal conditions prevailing at the site. The project's engineering challenges stem from Drum Island's central location in Charleston Harbor. With an over 7 km fetch, the site is exposed to severe wind and wave action in addition to strong tidal currents. Engineering studies were performed to develop a combination of natural and traditional shore protection measures are being employed to protect this new state resource. The completed restoration site will be inclusive of low lying spartina marsh, high marsh, vegetated upland areas and meandering tidal creeks. 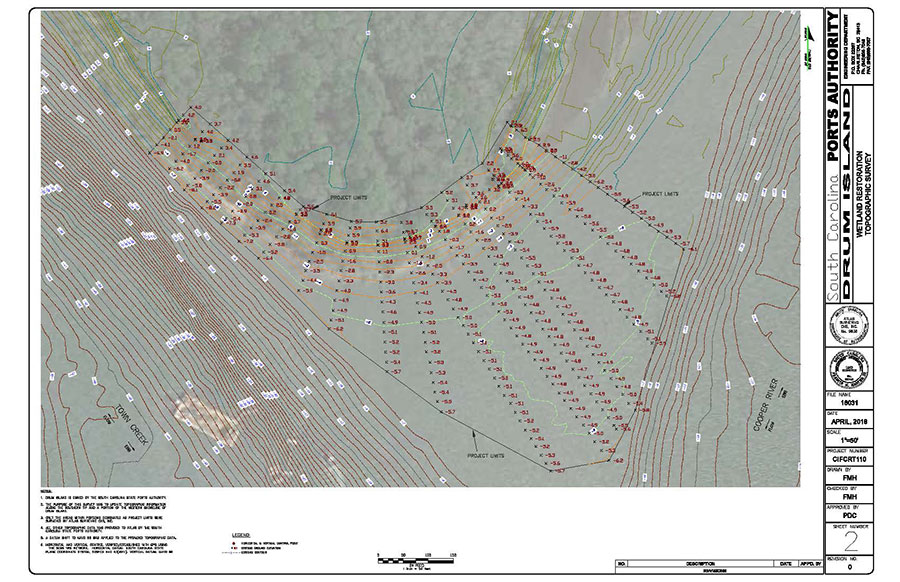 The South Carolina Port Authority hired Atlas Surveying to complete a partial topographic survey and a bathymetric survey on the southern and eastern end of Drum Island to a target depth of minus five feet NAVD88. The survey included locating mean high & low water lines, eroded scarp lines along the shoreline, existing perimeter of dikes and berms, and the location of existing reference benchmarks. The survey will be tied to existing information to support the future plans for the construction of this valuable habitat. 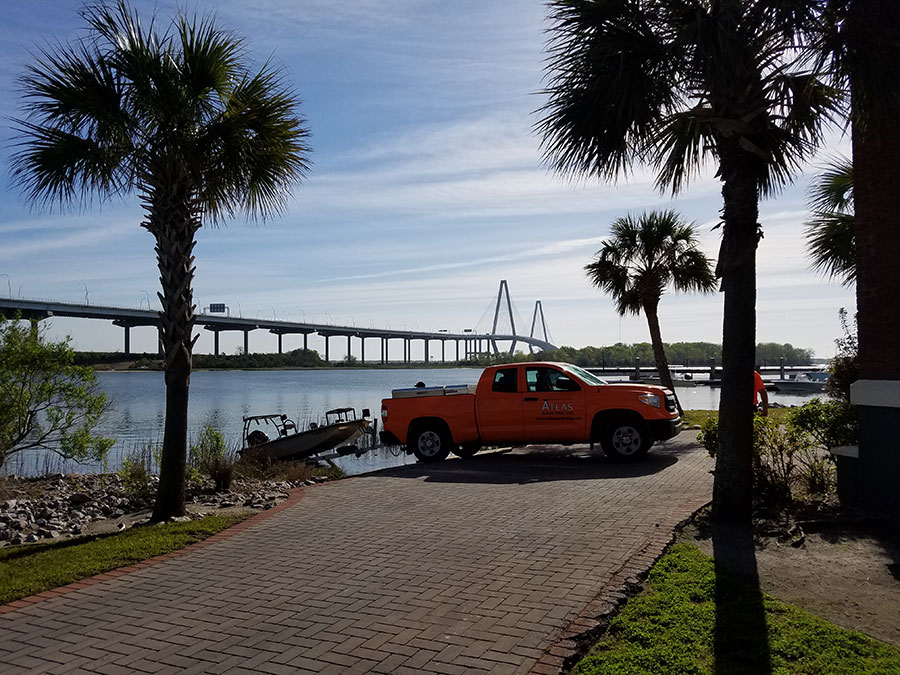