The South Carolina Ports Authority (SCPA) is currently building the only permitted new container terminal on the U.S. East and Gulf Coasts. Since receiving the final permit approvals in 2007, the Ports Authority has already completed preliminary demolition, site preparation and containment wall construction on the new, 280-acre terminal which, at build out, will boost capacity in the port by a full 50%. About 3.7 million tons of crushed rock have been transported by ship to the construction site from a quarry in Newfoundland. The SCPA recently awarded a $53.8 million contract to a joint venture of Cape Romain Construction and McLean Contracting to build a 1,400-foot berth at the terminal. They will construct ship-to-shore gantry crane rail and support beams, a ship fender system, mooring bollards, water service stations, power cable vaults and conduits, an extension of exisitng stone revetments, and other ancillary works. A second 1,300 foot berth will be finished in 2026 and a third in 2032, capable of handling 2.1 million containers annually. While Leatherman's berth will be the same length as the Wando Welch Terminal, the new terminal can handle 18,000-TEU vessels because of a stronger fender (bumpers that absorb the kinetic energy of a vessel against a berth) and cranes capable of lifting 169 feet high and reaching wider, the port authority said. 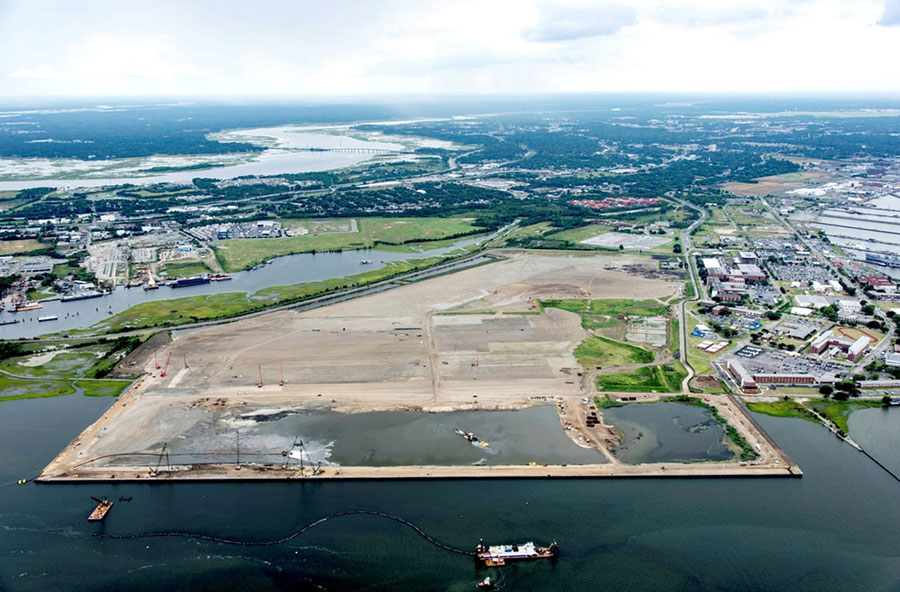 HDR Engineering hired Atlas Surveying, Inc. to perform monitoring on over 120 settlement plates over an eight month period, to perform bathymetric surveys on the water side of the wharf construction to confirm the contractors construction quantities for payment, and to provide on-call survey services during construction for control of the contractors piling, formwork and structures. Phase One of the terminal is expected to open mid-2020. 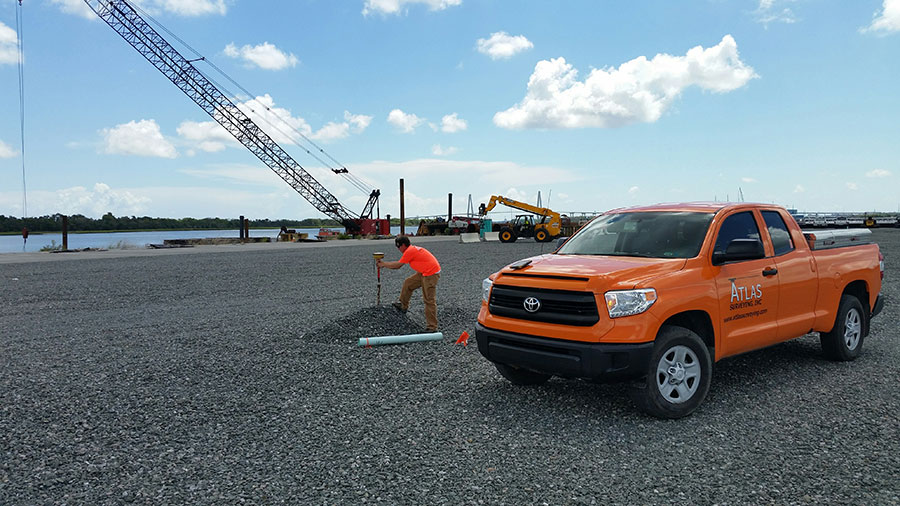 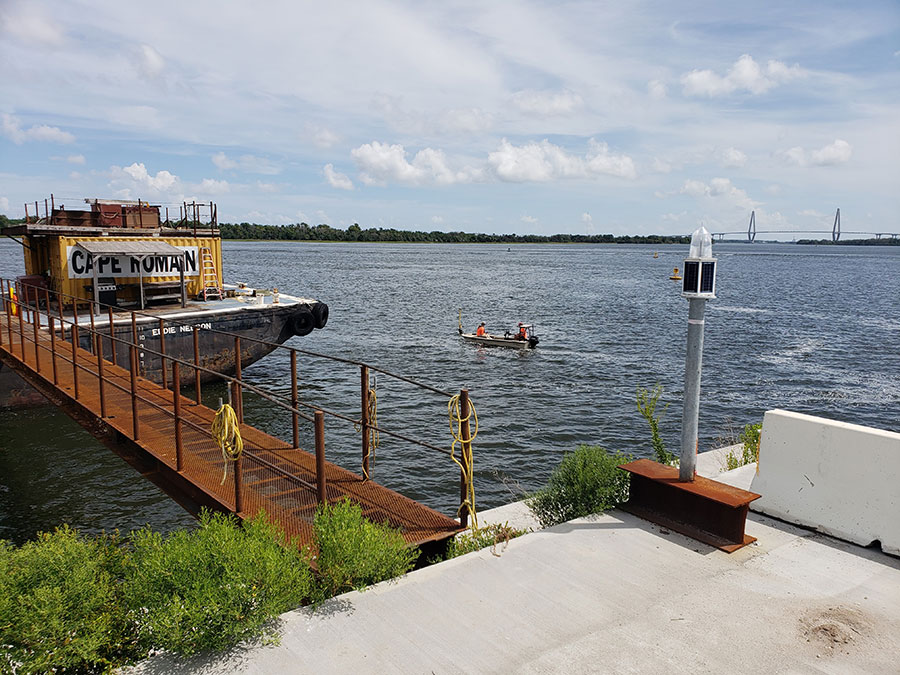