Lowe’s is looking to tap into the lucrative home-improvement market as more homes and neighborhoods sprout north along Highway 17 and west along S.C. Highway 41. The town, with a population of about 78,000, is the state’s fourth-largest municipality.  Founded in 1946, Lowe’s operates more than 1,840 stores in the U.S., Canada and Mexico with plans to open 15-20 more this year. As the second-largest home-improvement store in the nation, the chain sees 16 million customers a week.  Construction started in April with Vannoy Construction as the general contractor.  They brought in Atlas Surveying as their land surveyor.  The two companies previously teamed together for the Fresh Market construction in Bluffton, SC. 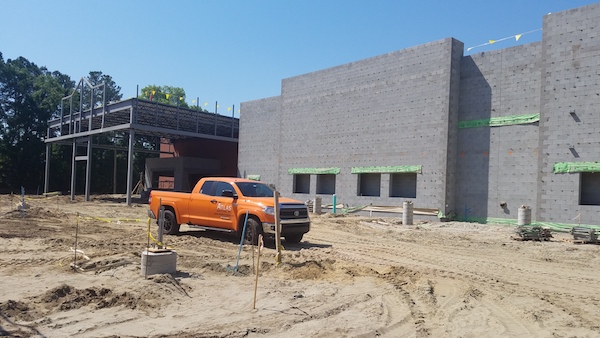